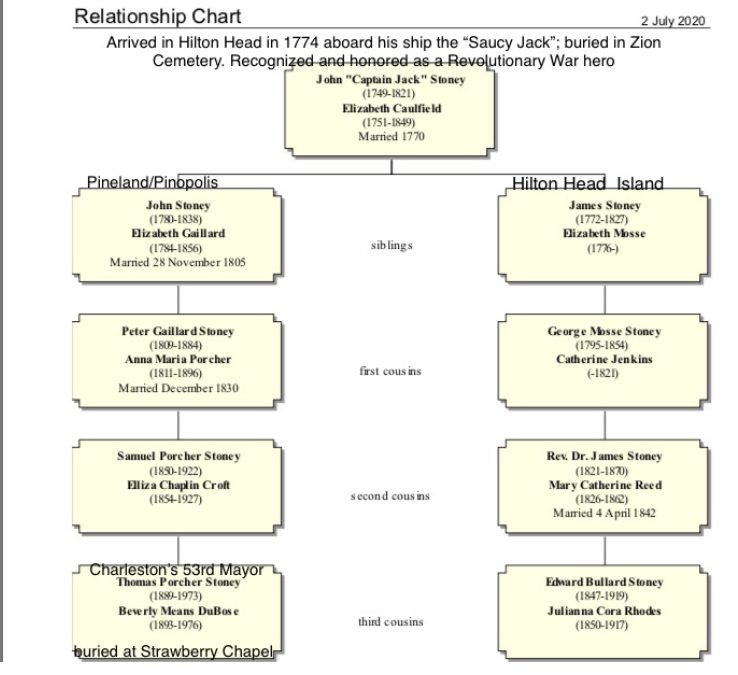 The 4th of July (Independence Day) is a day of celebrating the birth of our Nation. It’s a day to reflect on brave men fighting for freedom from England’s tyranny.

Today, I’m honoring my ancestor John Stoney, born in Tipperary, Ireland to English Protestant landowners. John and his wife, Elizabeth Caulfield, arrived in South Carolina in 1774, in his own merchant vessel named the “Saucy Jack.” Within a short period, he engaged in America’s War for Independence as a privateer, managed to acquire a sizable fortune in the process, and purchased 1,000-acre to build Braddock Point Plantation in 1776. John “Captain Jack” or “Saucy Jack” was one of four Hilton Head patriots honored by the local chapter of the Sons of the American Revolution, for their role in America’s struggle for independence, all of whom are buried in the Zion Cemetery on HHI.

On July 4, 1776, the Continental Congress declared that the thirteen American colonies were no longer subject (and subordinate) to the monarch of Britain, King George III, and were now united, free, and independent states.
We must respect the past and work united for a better future for every American citizen.