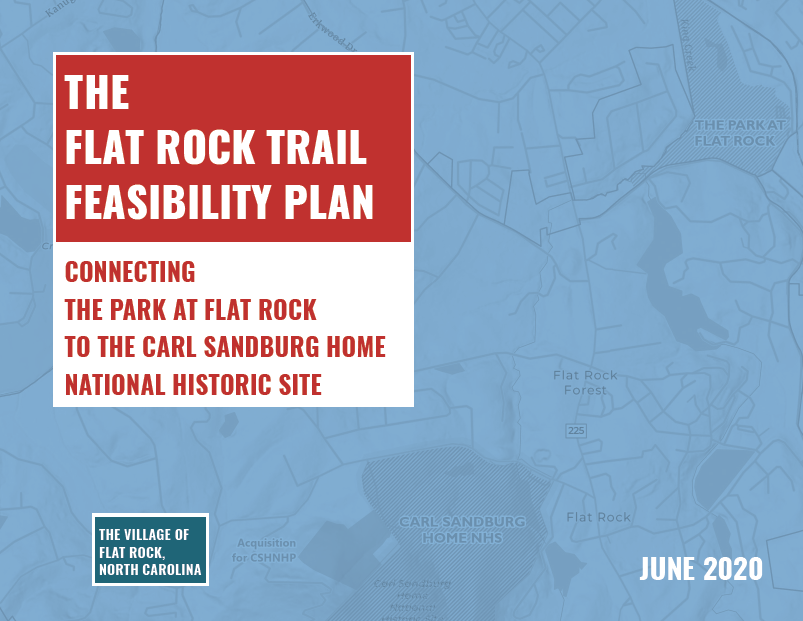 In 2019 the French Broad River Metropolitan Planning Organization (FBRMPO) awarded to the Village of Flat Rock a grant for the conducting of a Greenway feasibility study.  The grant funding includes $32,000 from the FBRMPO and $8,000 from the Flat Rock Village Council.  The consultant hired to conduct the study requested and received support from a citizens advisory group.   HFR Inc, and Dennis Flanagan, chair of the Flat Rock Historic District Oversight and Compliance Committee, was an active member of the study advisory group.

The initial purpose of the feasibility study was to address creating a connection between the Park at Flat Rock and the Carl Sandburg Home National Historic Site.  As the study began it was clear that a traditional approach, using right of way along existing state roads, would not be acceptable to the community.  This brought about an investigation of Flat Rock historic trails and the feasibility of new trails within the Village of Flat Rock.

For HFR, this report represents how we can work in a productive and innovative way to design future historic district transportation changes.