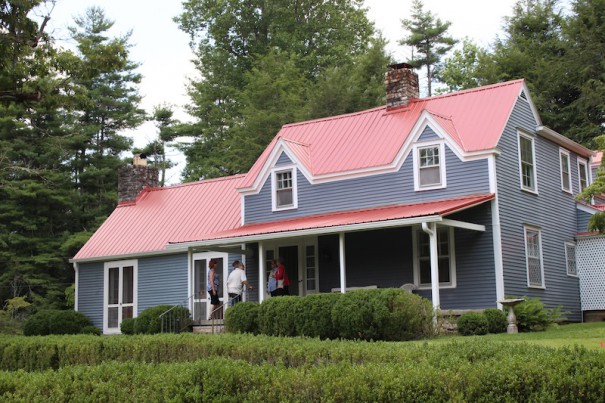 FLAT ROCK — Flat Rock’s history has been well documented in books, stories and newspaper columns for decades.  An updated nomination and boundary adjustment of The National Register of Historic Places designation approved 44 years ago has been approved by the National Park Service.
Nominated in 1973, the original Flat Rock Historic District application contained a fraction of the detail the new nomination boasts. The 1973 district nomination, one of the first in North Carolina, focused on “the big beautiful estate homes and drew a big line around them with just a dot or two of documentation,” said Connie Backlund, who since her retirement as the chief ranger of the Carl Sandburg National Historic Site has led the Historic Flat Rock effort to fully document the village’s rich architectural and cultural history.

The United States Department of the Interior certified that the Flat Rock Historic District boundary increase, boundary decrease, and additional documentation has been entered in The National Register of Historic Places on February 27th, 2015.
For Link to January 2015 News Article Click Here