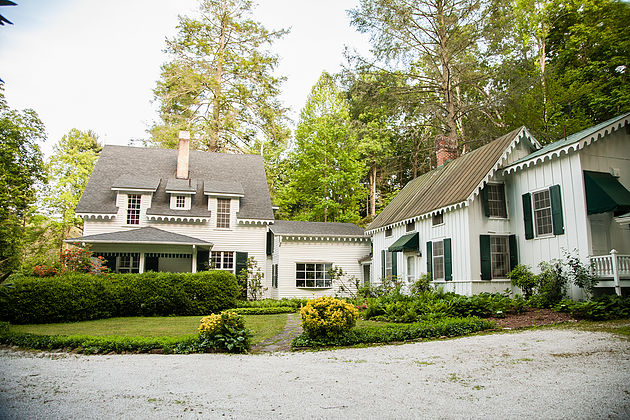 Flat Rock or “Little Charleston in the Mountains” is a special place for many Charlestonians, as most readers know; hence, it deserves a series about many of the historic homes dripped in pluff mud. Located 22 miles south of Asheville, this quaint village was “named for the great expanse of exposed flat rock…[Flat Rock] can trace its beginnings to the time of the Cherokee Nation.” Indeed, Cherokees made this place their summer hunting ground and home.

Carl Sandburg and the Flat Rock Playhouse brought the attention to the area for central and eastern North Carolinians, but South Carolinians have known about this place special to the Cherokee nation long prior to the Revolutionary War. According to the late Louise Bailey, “English merchants from the seaport of Charlestown had traded with Cherokee braves for hides and furs to ship to European markets, at times meeting on a broad outcropping of granite referred to by early historians as the ‘great flat rock.’” After the war was won, Mrs. Bailey states, “an eager young government pushed back the boundaries of the Cherokee and offered the hunting grounds to men who had fought honorably, educated men with the strength and self-reliance to turn an untamed wilderness into a homeland.” By the 1790s, Flat Rock was populated by a group mostly of Scots-Irish and English decent.

By the early 19th century, Flat Rock became a place for affluent Charlestonians, prominent plantation owners and Europeans to escape the sweltering heat, malaria and yellow fever of the Lowcountry. Women and children would escape the coast to their “Little Charleston in the Mountains” from May through the summer, while men would travel to and from Charleston as work allowed. According to Historic Flat Rock, “Early Flat Rock became a distinctive and influential social colony, populated by the who’s-who of the South.”

Today most of the rock has been covered by development, but a portion can be seen at the Flat Rock Playhouse. In 1973, the Unites States Department of the Interior placed Flat Rock’s 4,000 acres (encompassing 6.25 square miles) on the National Register of Historic Places.

There is an abundance of houses in Flat Rock with ties to Charleston. One that is special to me is Rutledge Cottage; it is my family’s home. Built by Dr. Mitchell King in 1838, Rutledge Cottage was crafted in German country style on land that was part of the Argyle estate. Argyle was one of the earliest estates settled by Lowcountry Settlers in Flat Rock by Dr. King’s father, Judge Mitchell King. Dr. King and his family lived in Rutledge Cottage until Glenroy (now Kenmure) was completed in 1850. In 1857, for $4,000, Elizabeth Pinckney Rutledge bought the house and named in Forest Hill. For more than 50 years, she and her sister Sarah enjoyed this as their summer home. In 1947, the then owner of Glenroy (Kenmure), W. Gordon McGabe, purchased the house and its acreage.

By 1964, my step-grandparents, Alex and Laurie Schenck, were in search of a summer house in Flat Rock. Laurie said, “When we were looking for a house, I wanted somewhere far enough from the road so I wouldn’t have to worry about the dogs and space to garden. My husband said he wanted a place where he could walk out the door and hunt and fish … Everything they (the realtors) showed us was too big. Then one day a realtor called and said there was a new property on the market. The minute we came up on the driveway and I saw those trees I knew it was the right place, before I even saw the inside of the house.”

In no time they renamed the house Rutledge Cottage to honor the Rutledge family. They quickly became one of the best stewards of one of Flat Rock’s historical and architectural gems.

A delightfully asymmetrical house, Rutledge Cottage’s front door is slightly left of center with windows place randomly – some with eaves and others on their own. Laurie said, “It is an odd house … I think they added the closets sometime after the house was built and didn’t care that they were making the hall so narrow and jogging.” The Schencks made a few renovations to the house, one which was attaching the old shed and making it into the kitchen. The shed was rumored to be the place where Dr. King once mixed his medicines for his patients. They created a large bow window which over looks the garden. I remember fondly watching the many bids with Laurie from that big kitchen window feeding on the abundance of flowers in the beautiful garden.

The original kitchen was a separate building and Laurie and Alex turned it into a guest house. In the guest house, both the living room and master bedroom are dominated by massive fireplaces. A beehive oven can be seen to the right of the fireplace opening. The red bricks were brought up from Charleston and completed with native stone when the bricks ran out. When Laurie passed away in 2010, she placed a Historic Preservation Agreement on the cottage and the land.

Historic Flat Rock, Inc. was created in 1968 with the purpose of helping preserve as much as possible of the community’s unique character and attractiveness. (Alexander Schenck served as its first president.) Last summer kicked off its 50th anniversary with the largest Tour of Historic Homes. Continuing the celebration, this summer the HFR Garden Tour is set to tour a variety of gardens, including Mrs. Whaley’s Mountain Garden located at Elliott House. To honor this celebration, be on the look out for a series of articles in the coming months featuring many of the beautiful “Little Charleston in the Mountain” homes.